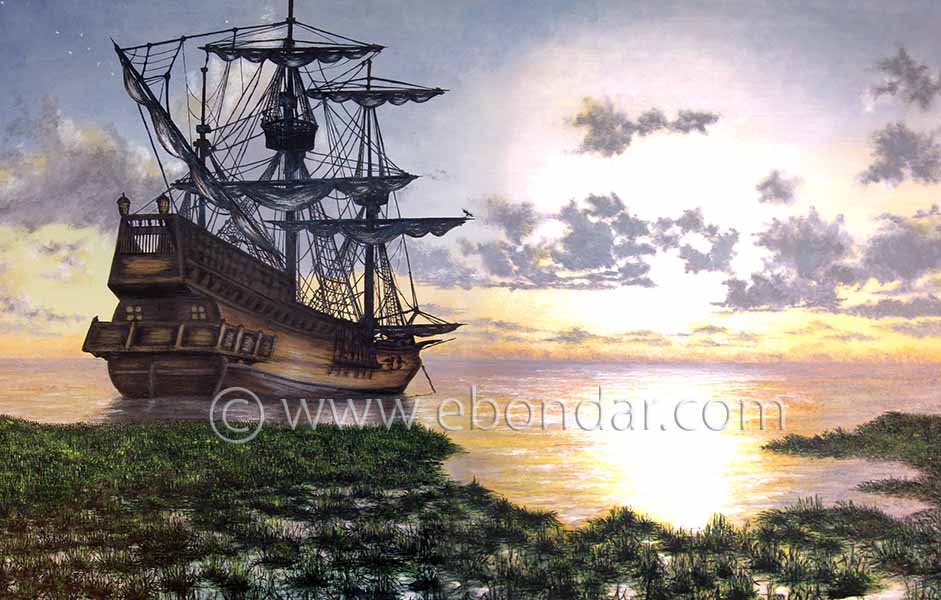 The galleon drops anchor in the shallow waters of an overgrown inlet. The sunset on the horizon diffuses through the light cloud covering and reflects brightly on a still and tranquil ocean.

The term “Galleon” was originally given to certain types of war galleys in the Middle Ages. Later, when the term started to be applied to sail only vessels, it meant, like the English term “man of war“, a warship that was otherwise no different from the other sailing ships of the time.

The galleon was powered entirely by wind, using sails carried on three or four masts, with a lateen sail continuing to be used on the last (usually third and fourth) masts. They were used in both military and trade applications.

Galleons were constructed from oak (for the keel), pine (for the masts) and various hardwoods for hull and decking. To cover the expense of construction, galleons were often funded by groups of wealthy businessmen who pooled resources for a new ship. Therefore, most galleons were originally consigned for trade, although those captured by rival states were usually put into military service.

Galleon at Rest is one of my earlier paintings. I have always been interested in trying to recreate sky patterns, but using oil paint to create the colors and temperament of the sea is perhaps even more challenging.

This is another large-format painting – almost 4 feet wide. Housed in a suitably classical frame, this image currently brings peace and tranquility to my living room. 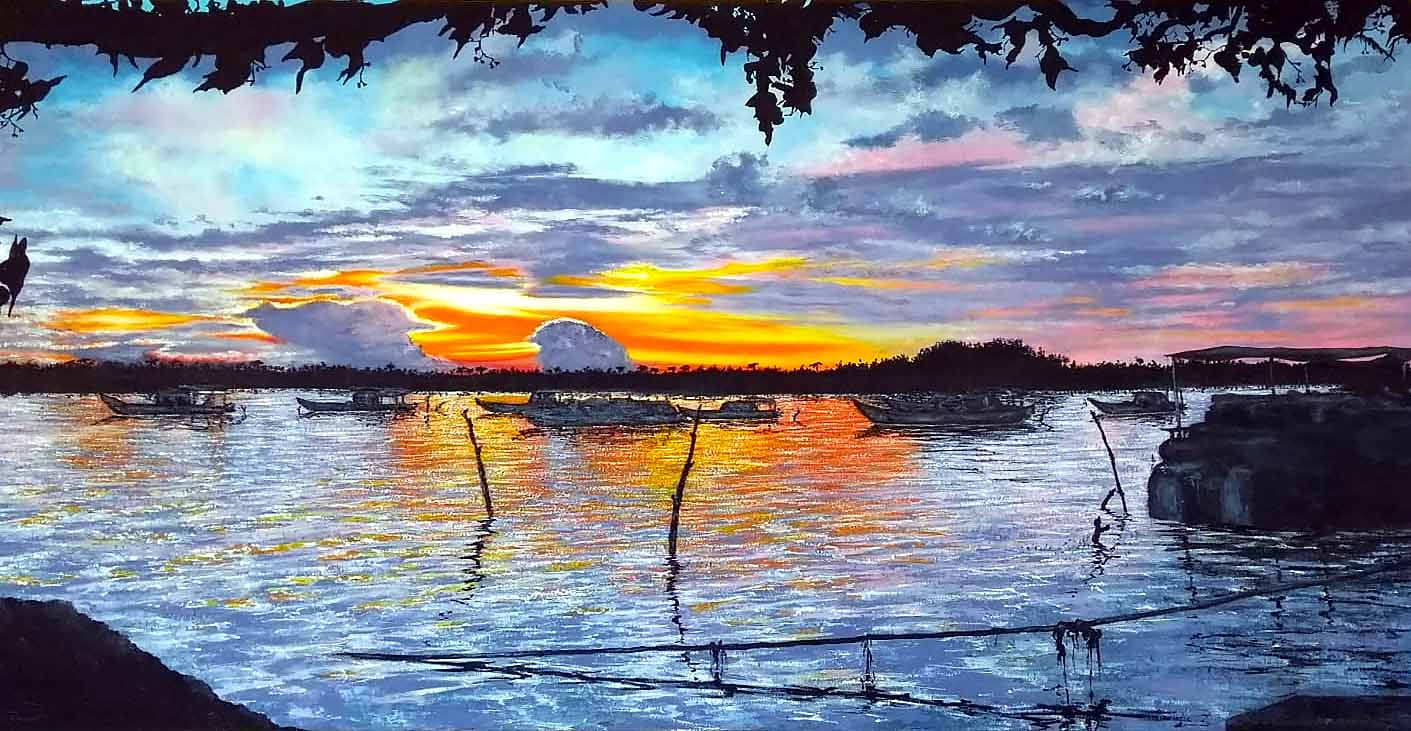 A sunset dinner view from Amores - one of the very few restaurants in Karimun town, Karimunjawa. Again, I'm returning… 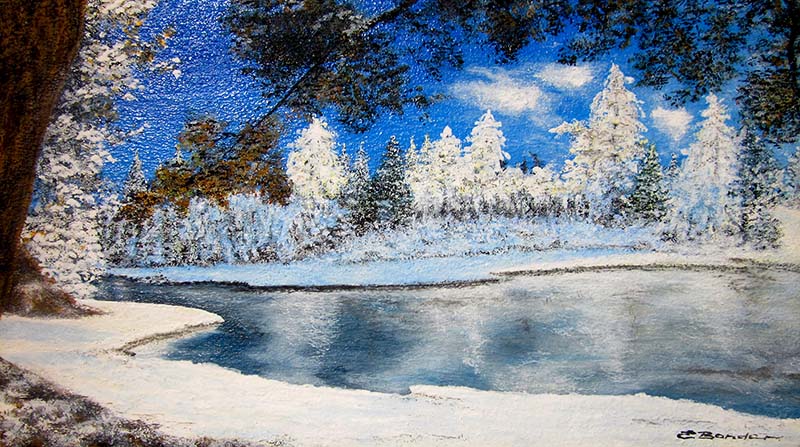 A frozen Russian winter lake surrounded by fir trees and coniferous forest. This is a late afternoon view with a… 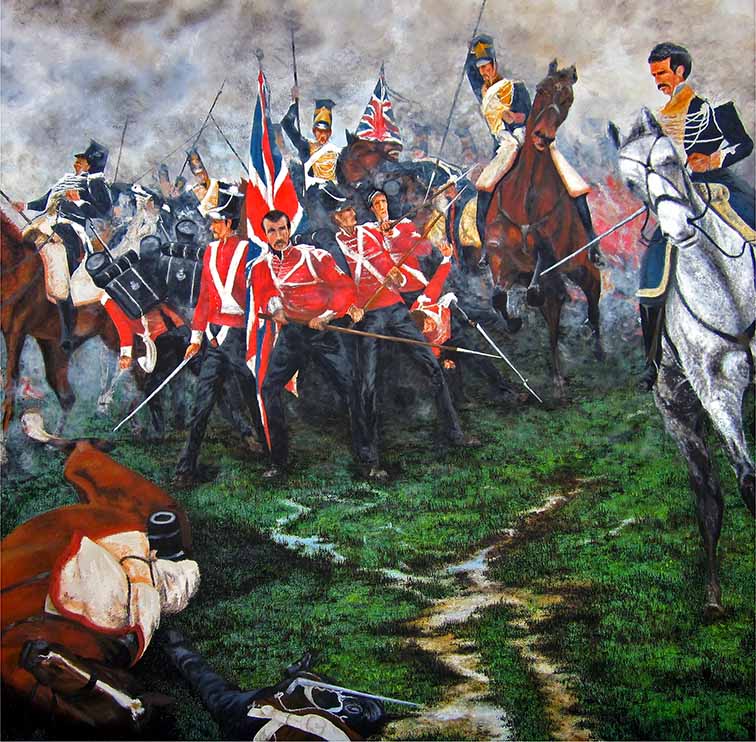